Internationally recognised at one of the leading Weissenborn lap-slide, Thomas Oliver brings his unique sound to The Lexington this week.

We caught up with the New Zealand artist to find out what to expect from both the show and his forthcoming LP, The Brightest Light.

Firstly, you’re heading to Europe for a few shows in March – how are you feeling ahead of the tour?

I've really missed my New Zealand live band since I've been living in Europe while creating The Brightest Light – my new album we'll be releasing and touring in March). I'm super excited to reconnect with them and find that magic again. We have something special when we play on stage together. I can't wait to feel that energy again, and to share it with our fans.

What are the differences between playing shows back in New Zealand and here in Europe?

Playing New Zealand has that sense of pride in the air. The home crowds are proud to be part of my journey as it expands and develops, and in many cases, they have been there from the very start and they're happy to have us back on home soil. In Europe, there's more of a sense of interest or engagement, because they know they're being treated to something that was born of another culture and another place (and also of a country that many Europeans want to go to!). Although I must admit that some of my most fanatical fans are from Europe!

What can we expect from the shows – particularly the London date?

A dynamic journey and lots of energy! My band are so good at what they do. Sometimes even I leave the stage just to watch. We also have a London-based special guest coming to join us which will be a treat for everyone!

‘Steel On The Strings’ was released at the end of last year – what has the reaction been like to it so far?

That song was never intended or expected to reach far and wide because it is a gentle acoustic song with quite a specific sentiment, but we were quite wrong about that! It's been killing it on Spotify in many countries I've never even been to and I've seen it deeply connecting with people in audiences around the world. Sometimes the songs that have the most...shall we say...refined appeal, have the deepest appeal to those with whom they connect.

You’re internationally recognized as one of the world’s leading Weissenborn lap-slide players – how did discovering that instrument come about? Did you find it, or did it find you?

A kid played one in an assembly at my high school, and I'd never seen anything like it but was captured by the sound. I did some hunting and found one of my own shitty one from 1949 and I taught myself how to play. There's basically no one around to teach it, which is part of its charm. It either makes sense to you or it doesn't. I guess I was just one of the lucky chosen ones.

What do you particularly enjoy about the UK – not just about the gigs?

I have a parallel facet to my music which is kin ofa like a secret identity that's not secret. I work with a lot of Drum & Bass producers around the world, and I work a lot with Hospital Records who are based in London, as are many of the producers I work with (I was actually recently nominated for Best Vocalist at the international Drum & Bass Arena Awards). So, I love the DnB scene in the UK, but also just the music scene in general. It's so rich and vibrant and full of wonderful musical history. I also absolutely love flapjacks!

Coffee is a song co-written with friend and fellow New Zealand songwriter, Mitch James. It was written in an Airbnb in Berlin during a visit from James, and later produced by Oliver in his Berlin studio. The love of coffee is the perfect metaphor for the love for the right person; no matter how many mornings you drink coffee, you never stop wanting it. It is one of the few things you can do every day, and still look forward to, just like good love. Mitch and I had a great writing connection, and I'm very happy to have a touch of Mitch on this album.

Your new record is out on 6th March – what can we expect from it?

As you can probably guess from the title, The Brightest Light, it's brighter and more vibrant then most of my previous music – but it's dynamic. I love an album that explores different territories as it develops, and it does that. Soul, Roots, RnB, Acoustic, Rock. I want you to feel things deeply when you listen to it, whatever those things may be.

How did you approach writing new material – and are there any ‘rules’ you follow when you head into the studio?

I guess my only rule is to try to break any rules that start to develop in my process. I always hold certain things as high priority. The song writing is always the most important. The message; the sentiment; the meaning. The world has enough music that doesn't mean anything, so I strive to make music that has significance with people.

As a result, I often get sent messages of people's stories of a song of mine and how it has contributed to their life, or which song was playing when they first kissed their now-husband, etc. I love that stuff. Being part of people's lives is a true privilege of being a songwriter.

I'm also obsessed with sound and production, so the meticulousness with which I craft the sonics of my music is borderline unhealthy – but ultimately it leads to a gratifying sensory experience as well as an emotional one. That's the intention anyway!

We love your sound and can’t wait to catch your show at London’s The Lexington this March. What other exciting plans have you got in the pipeline?

Thank you! We can't wait either. I have just released a new collab with Logistics (UK Drum & Bass producer) and a music video we shot in London. After the European album release tour, we have a few festivals to play in New Zealand and some cool acoustic versions of some of the songs, with videos to come. Always lots of music and videos on the go, and always a pleasure to share it all live. See you at The Lexington! 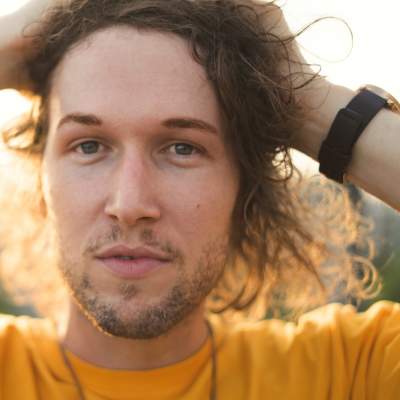