With self released second record 'Eye Of The Storm' smashing the top 20 in the album charts, Tide Lines are becoming a big name in the indie scene. Forced into an album release campaign full of lockdown sessions and some inventive photoshopping, it seemed the perfect time to chat about past, present and future.

We caught up with Robert Robertson from the band to discuss the success of the new record, virtual touring and their November shows.

First of all, congratulations on your placement in the official albums chart! How does it feel to reach number 12? Does this success hold any extra significance given you self-released the album?

Thanks very much. It’s an amazing, though slightly surreal, feeling! Our aim, given that it was a self-release, was to get into the top 40. The Official Charts Company put out a Press Release on the Monday which had us at number 3. That was very exciting but we were pretty realistic about our chances of staying up there given we were surrounded by established, world famous artists. So to stay up in the top 20 come the weekend was a great feeling. It was also a bit of a double take moment to see we were number 1 in the indie charts too.

Was the recording and release process for ‘Eye Of The Storm’ different from ‘Dreams We Never Lost’?

It was a similar process in that we recorded it all ourselves between a studio on the Isle of Lewis and a studio in Glasgow; and then mixed it through in Castlesound Studios in Edinburgh. But we took a lot more time over this one - 3 years, in fact, from the writing of the first song to the release. The first album was more rushed because we were desperate to get our own songs out there when we’d just started out. So, once we’d done that, in 2017, we were keen to take a bit more time on our second. It feels great now to have it out there. The release process, of course, was completely different thanks to Covid 19 and relied a lot on social media in the absence of live gigs.

Since lockdown you’ve travelled the world via ‘Tide Lines Airways’ for your virtual tour – do you have any highlights? What do you think are the most important factors for performing online?

Yea - the tours we had planned round the album release were cancelled so we had to make do with a “virtual world tour”. Highlights for me were seeing the graphics each night that Ross in the band had made to go behind and in front of me on the screen - stuff like the empire state building for  NYC, the Kremlin for Moscow etc. Getting my dad’s record collection out also seemed to go down well - The Beatles Back in the USSR for Moscow; the Stones for London; etc.

But the highlight would have to be one of the songs that were requested each night by the audience for wherever I was playing the following night. I got to learn some great songs which was enjoyable. She by Charles Aznavour stands out, for Paris. Leningrad by Billy Joel for Russia. The highlight was probably Big in Japan by Alphaville for Tokyo. I don’t think I would ever have sat down to learn that song otherwise and I ended up loving it!

In November you’ll play your biggest UK tour to date, how do you prepare for life on the road?

Normally we have a few rehearsals to brush up on the songs and to plan the set list out. Then, once the logistics are sorted, we’re good to go. This time round it’s going to feel very different because it already seems like ages since we played live. I’m keeping my fingers crossed that there will be a boom period for live music post-lockdown because everyone will be bored of sitting in the house. We’re definitely itching to get back out there.

We’re currently creating an alt. tickets Social Distancing Survival Guide – where we ask people to choose 3 albums, 3 movies, a boxset and a podcast – what would your choices be?

All four of us in the band would have totally different answers to this because our musical tastes are pretty eclectic! 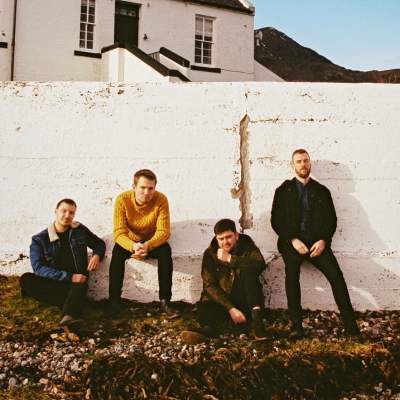