Tom Jones has today announced a huge show at Telford’s QEII Arena on 28th June in celebration of both his 80th birthday and the marking of 55 years since the release of his debut single, It’s Not Unusual.

His unmistakable vocals have provided some of the biggest hits of the past half-a-century, including Sex Bomb, She’s A Lady and Delilah. His signature sound, that combines blues and  is one that is adored by millions and continues to attract fans to shows around the world.

Last summer saw a sell-out UK, US and European tour where he performed was preceded by his ‘The Voice’ finalists. Alongside his sensational live performances, Jones received brilliant reviews for latest record Long Lost Suitcase (2015), in which he recites an array of covers that he calls a companion to his autobiography – The Guardian referred to it as proving “Jones clearly has plenty of gas left in the tank” and Consequence of Sound called it “heart-warming, charming, and passionate.”

With no signs of slowing down, Jones continues to guide the latest batch of fresh talent alongside will.i.am, Meghan Trainor and Olly Murs on ITV’s The Voice and showcase his sound in arenas and stadiums.

Special guests will be announced in the coming months, but Jack Savoretti headlines QEII Arena alongside special guest Imelda May the night before.

Tickets, including strictly limited hospitality lounge access tickets (access to a private bar, private toilets, DJ and a glass of fizz on arrival), go on sale on Friday at 9am.

Set a reminder now at alttickets.com 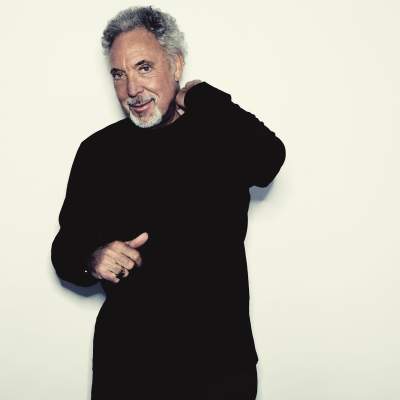