Nottingham is renowned for being one of the greatest musical cities in the UK and with good reason. City wide venues offer both international and local talent an opportunity to showcase what they’re all about to crowds of various sizes.

THE BODEGA is arguably one of the most important venues in the city. Intimate enough for new bands to headline their first show away from the DIY circuit; this intimacy equally offers bigger bands the opportunity to play an exclusive show to just 220 fans.

Plenty of now-household names have passed through over the years and plenty more are certain to follow suit sooner rather than later. As one of Dot to Dot’s most popular venues, fans have flocked to see the likes of Lewis Capaldi, Blaenavon, Wolf Alice and Sundara Karma in recent years.

Next month The Bodega celebrates its 20th anniversary across a trio of gigs featuring local favourites Kagoule, Sancho Panza and Nactus Kunan as well as returning favourites Stealing Sheep and The Orielles. This has been no mean feat considering the amount of venue closures across the country in the past few years, but The Bodega has stood the test of time and continues to draw the talent of tomorrow through their doors.

Acts coming soon include Spector, Fatherson, Willie J Healey, Mollie Ralph and over 50 more with plenty still to be announced.

A full list of upcoming shows can be found here.

Notable headline acts over the years:

Tuesday: Never Mind The Bodega – 8pm till 10pm. The Bodega’s very own music quiz featuring everything from ‘guess the lyrics’ to ‘music general knowledge.’ Drink deals are exclusively for quiz players (entry 50p per player).

Thursday: Rev It Up – 10pm till late. A selection of great drinks offers and great music combine with Reverend Car-Bootleg to create a unique night promising everything from kraut to blues.

Friday: The Pop Confessional – 11pm till 3am. Four hours of feel-good pop classics, free vodka from a priest in his confessional booth and an opportunity to shamelessly dance as if no one is watching. What’s not to love?

Saturday: What Is Love? – 11pm till 3am. All your forgotten favourites come together to keep everyone entertained. From hip-hop to grunge and britpop to R’n’B, What Is Love? is the perfect place to rediscover the tracks that have sound tracked more moments than you care to remember.

More information about The Bodega's Club Nights can be found here. 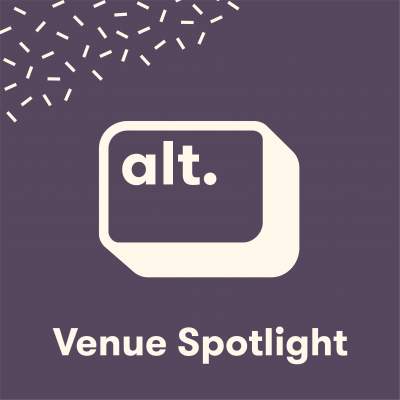