NewsReviewsalt.'s Albums of the Year (p2)

As we wave goodbye to 2021 and look forward to 2022 and all the great shows on offer, we thought it would be the perfect time to bring you our favourite albums of the year!

Here at alt. tickets we keep our fingers on the pulse, with weekly updates of all our favourite releases, but when it came to recapping a whole year of excellent music it was hard to narrow it down to just over 30 of our team's top picks! We've made some tough decisions and we have such a great list, so without further ado here is part two.

What the critics say: "With its smart lyrics, energetic performances and heavy pop hooks the album is definitely worth it" - Loud and Quiet

For fans of: Citizen, Turnover, The Story So Far

What the critics say: "I can sail with no direction,” Yates repeats over and over on ‘Holiday’, a highlight of an album that goes wherever it damn pleases, scorching a new path for others in their wake." - NME

Penelope Isles  - Which Way To Happy

What the critics say: "Despite its heavier moments, ‘Which Way to Happy’ is a genuinely healing listen; an album to get cosy with while its music lovingly soaks your wounds." - DIY

What the critics say: “‘BUMMER’ is a record made to be played hard and loud, heard blaring out of car windows and making cavalcades in faceless crowds. I’ve heard rumours of their live performances. In those crowds, boys are made into men. No one leaves without a black eye, a bruised knuckle, or stinking of a brewery (or all three, if you’re really lucky)." - Clash

For fans of: Black Marble, A Place to Bury Strangers, The Soft Moon

What the critics say: "Breathy, sometimes barely there vocals colliding with synthisized electronics with slashes of post-punk guitar." - The Line Of Best Fit

See The KVB live in Nottingham, Bristol and Brighton next year. TICKETS HERE.

For fans of: Field Music, BC Camplight, John Grant

What the critics say: "After a series of bold conceptual works, Weaver has decided to cut loose on Flock, which also ditches some of her space-rock otherness for a sound that sidles closer to the dancefloor." - Uncut

For fans of: Du Blonde, The Orielles, Sports Team

What the critics say: "It’s a record that will become like a familiar friend over repeated listens, and shows how the band have built elegantly on the foundations of their debut, fizzing with self-belief at every turn."- NME

Stand out track: You Don't Want This

Puma Blue - In Praise of Shadows

For fans of: Gus Dapperton, Men I Trust, King Krule

What the critics say: "These tracks are wondrous, brittle things, ready to fall apart when you stop believing in them, and perfectly straddle the line between feeling unfinished and feeling never-ending, combing the ambiguity of night with the confidence of day." - Loud and Quiet 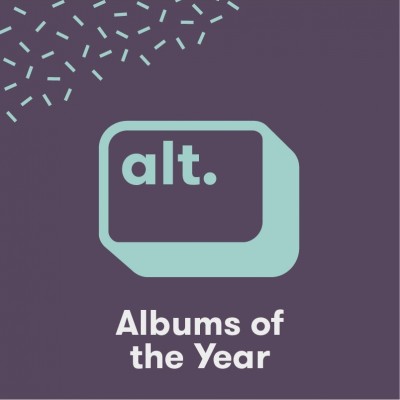