Beat The Streets returns to Nottingham city centre this weekend to raise vital funds for Framework.

Showcasing a plethora of local, national and international talent, the festival provides an excellent opportunity for music lovers across the UK to discover something new – and to make it even easier, set times have just been announced.

Last year, Framework supported 1,525 rough sleepers and continue to offer advice, aid and support to homeless people across the region. It is also an opportunity to discover the best new talent from Nottingham and beyond.

Whether you’re hoping to catch Jake Bugg and Grace Petrie at the iconic Rock City, or Jerub and Sancho Panza at Rescue Rooms; Beat The Streets caters for all tastes.

If you’re struggling to decide who to see at Beat The Streets, we’ve compiled a handy guide on who we’re tipping to put on a brilliant performance.

Check out our ‘who to see’ guide below.

Rock n roll quartet Reflekter have been championed by the likes of Leftlion and The Indie Masterplan since the release of their debut single, Caught In A Storm, in March last year. Local favourites and for good reason – be sure to check out Reflekter to kick off your Beat The Streets with a bang.

Matt Forde, Paul McGregor and Jonny Owen come together to provide listeners with an alternative view of Nottingham Forest. They team up with various special guests – previously including Shane Meadows and former goalkeeper Mark Crossley – and Beat The Streets will see them on stage with an as-of-yet unannounced special guest.

Having signed to Island Records in December following the release of latest single, Nostalgia, Alfie Sharp will be performing at Rock City (Beta) at this year’s Beat The Streets. A regular around Nottingham, Sharp has played Sofar and Hockley Hustle and will be supporting Georgie at Metronome in February.

Jake Bugg is an artist that needs no introduction. Everyone from Nottingham with an interest in music has probably seen him everywhere from Southbank to the Motorpoint Arena over the years and he continues to impress. Recently selling out Rock City and stripping things back for an acoustic performance at the Theatre Royal Concert Hall, Bugg’s performance at Beat The Streets is sure to be one that will be cherished for years to come.

Singer-songwriter Chloe Rodgers is racking up an array of support slots across Nottingham – most recently being confirmed to open for The Harmaleighs, as well as heading to London to perform alongside Night Flight. Leftlion have referred to her sound as having “mellow acoustics and hauntingly powerful lyrics.”

Nottingham alt-rockers Lacey have played almost every venue in Nottingham over the years and continue to create music that sounds as refreshing as it did when they formed in 2011. They’ve supported James Blunt, released debut LP ‘Under The Brightest Lights’ and toured the UK on several occasions.

Ambient rock band Eyre Llew have confirmed that at Beat The Streets they’ll be doing something completely new – performing with a string section. After a performance on the iconic John Peel Stage at Glastonbury 2019, the Nottingham outfit have showcased their sound in Belgium and alongside Scottish rockers Fatherson on home soil.

Camille Christel released latest single, Goldsmith Street, at the back end of 2019. Championed by BBC Introducing and BBC 6 Music’s Mary Anne Hobbs, she has already conquered Glastonbury, End of the Road and Blue Dot festivals. Described by Hobbs as “an exquisitely beautiful piece,” be sure to catch Christel at Rock City (Beta) at this year’s Beat The Streets.

The Circle of Light project was an album created by young Nottingham talent across the summer of 2019. Giving many the opportunity to record music for the first time, it snowballed into something huge and was released via I’m Not From London on several platforms including a special edition vinyl. Head down to Rock City to find out who will be showcasing Circle of Light at Beat The Streets.

2019 was monumental for Nottingham artist Jerub. Over 63,000 streams, the “brilliantly haunting” new single, Hold On, and several performances across the BBC – Jerub has used it as a platform to showcase his brilliance and his first live offering of 2020 comes at Beat The Streets with a performance at Rescue Rooms.

Grace Petrie has an exciting 2020 planned – a tour of Australia and New Zealand in February and March follow her set at Rock City for this year’s festival. The folk-singer and activist sold out shows in Bristol, Leeds, London and Nottingham last autumn and toured across the country on her ‘Kick Out The Tories Tour’ in November and December, gaining a legion of inspired fans on the way.

Tash Bird is no stranger to the Nottingham music scene. Playing at DIY venues, festivals and being part of The Bodega’s 20th Anniversary celebrations, Bird returns to The Bodega for a set at this year’s Beat The Streets festival. After a packed performance at Dot To Dot 2019, be sure to get to The Bodega early to avoid disappointment.

What better way to see out Beat The Streets than by joining with your fellow festival goers and having a communal singalong to some of the biggest and well known hits of the past 60 years. From Elvis and Bonnie Tyler to Radiohead and Bon Jovi, the band have no lead singer – instead, they invite the crowd to provide the vocals to their renditions.

Download the full set times as a PDF here.

Please note: times are subject to change – please arrive early to each performance as space is limited and will reach capacity quickly.

Tickets are on sale now. Buy your tickets here. 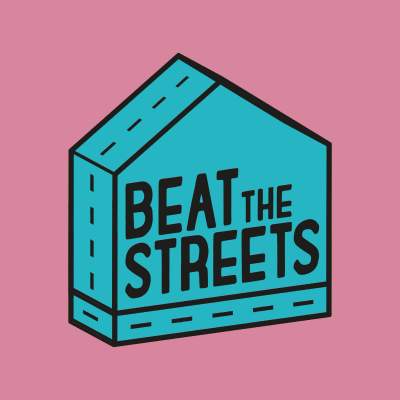